Plant-Based Diets for Athletes: Can You Train Meat-Free? 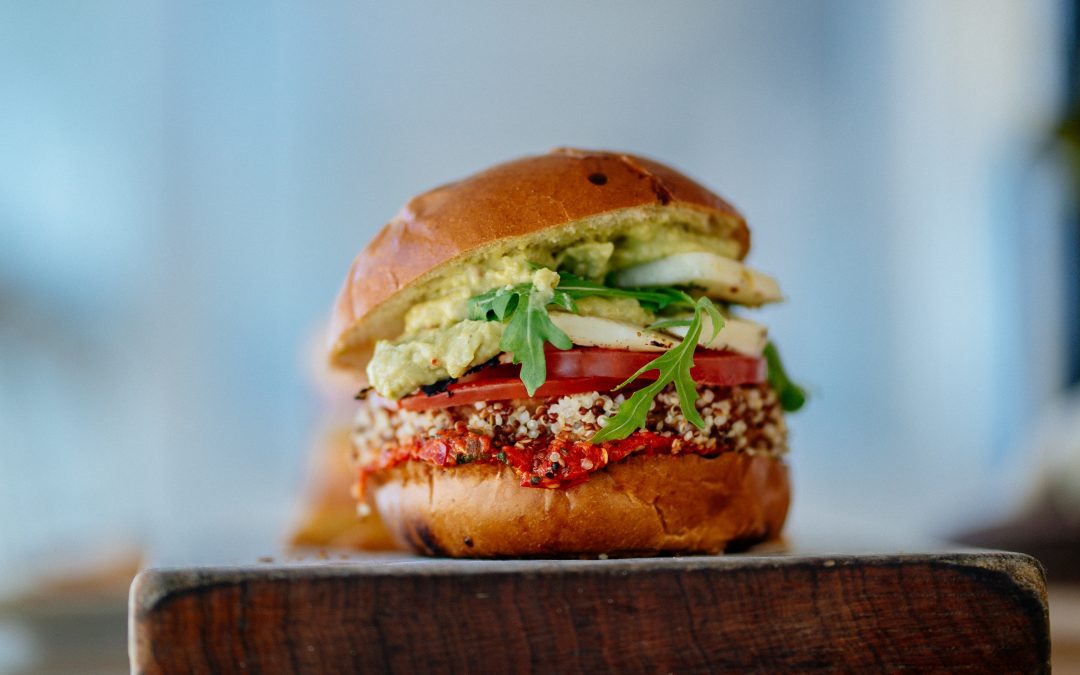 Was one of your New Year’s Resolutions to eat less meat? Whether it’s for your health, the planet, or you just can’t facing eating things with faces anymore, there are lots of reasons for not eating meat. But what if you are into sports? Can you swim, cycle, and run just as well on a plant-based diet?

The answer is no: You might actually perform better on a vegetarian or vegan diet. Here’s why:

The Advantages of Plant-Based Diets for Athletes

Because it is perceived as more difficult to get enough protein on plant-based diets, many people assume that people who play sports—particularly endurance athletes—should avoid vegetarianism. As for veganism? I would have been the first to shake my head at the thought of lacing up my runners with no animal products in my system.

Well, there’s another myth I can knock on the head: Plant-based diets can actually improve your athletic performance because they are rich in carbohydrates, light on fat, and crammed with vitamins, minerals, and antioxidants. According to a Physicians Committee review published in the journal Nutrients, athletes on plant-based diets benefit from improvements in heart health, performance, and recovery.

The review looked primarily at vegan diets, but researchers also discovered benefits from vegetarian diets, which allow dairy products such as milk and eggs.

People get obsessed with carbohydrates when it comes to training, and it’s true that carbs are the main fuel used in high-intensity exercise. The review above cited a 2016 study that revealed that fewer than half of its Ironman triathlete participants consumed the recommended carbohydrate intake for endurance athletes. Starting a plant-based diet rich in grains, legumes and root veggies can boost an athlete’s intake of healthy carbs.

Depending on your weight and activity, you will need more or less carbs. If you are in training for the Hardman, for example, you might benefit from carb loading in the days leading up to August 31st and carb timing post-event. Otherwise, there is no need for this kind of carb strategizing.

The big question around vegetarian/vegan diets is “how will I get enough protein?” You need protein to build and maintain your body tissue, but plant-based protein is actually preferable to animal protein because it contains fibre and complex carbohydrates as well.

Sedentary or mildly active adults should consume 0.8 grams of protein per kilogram of body weight per day, whereas athletes might need up to 1.7 grams per kilo, but you can get that from foods like beans, nuts, seeds, and soy products

Animal products contain lots of saturated fat, which can lead to heart disease, diabetes, weight gain, and other chronic conditions. The fat in things like nuts and avocados is largely unsaturated.

So it is possible to get all the nutrients you need from a plant-based diet. Still not convinced?

Then there is Rich Roll: When he hit 40, Rich realized that he was dangerously unhealthy and deeply unhappy, so he became a vegan and started endurance training. Two years later, he finished 11th at the Ultraman, an notoriously hellish three-day triathlon in Hawaii.

Seven-time USA Cycling National Champion and 2012 Olympic silver medallist, Dotsie Bausch, claims that after she went vegan, she “started repairing and recovering at this rate that blew me away.”

She’s not the only professional athlete to embrace veganism. Others who have been evangelizing about going vegan, at least during training, include tennis superstars Venus and Serena Williams, several members of pro football’s Tennessee Titans, and Formula One champion Lewis Hamilton.

These super athletes may be following a plant-based diet because it:

Nonetheless, despite all these obvious health benefits, it has not yet been proven that vegan or vegetarian diets are directly resulting in improved athletic performance.

It’s really not that hard to adopt a plant-based diet if you are an endurance athlete. Seriously.

You probably eat tonnes of nutritious, whole foods (most of the time) anyway, so it is not such a huge leap to go vegetarian. Okay, you can take it to an extreme and go raw, alkaline, and gluten-free for even bigger energy gains (reputedly), but that is hard.

You’ll probably have to embrace lots of weird ingredients, look at low-temperature cooking, and drop all that lovely pasta.  It takes a lot of time and effort, and you’re probably already risking banishment from the family home because of your training schedule…

I’d like to suggest an alternative—a vegetarian (and possibly, ultimately vegan) diet that will keep you full when you’re training and not put you off with all the fiddly ingredients and cooking methods. Oh, yeah, and one that tastes good.

If you eat a wide range of foods and make smart choices to include some protein at every meal, chances are you’ll feel better than you ever did.

How to Transition to a Plant-Based Diet: Four Legs Good…

If you are a committed carnivore, it’s probably not a good idea to go cold turkey. Instead, make the transition to a plant-based diet gradually. Some have suggested that you start by taking four-legged animals out of your diet for a few months, then two-legged creatures, and, finally, fish. After that, it could take two years (or never) to transition to a vegan diet

If you make the transition gradually like this, not only will it be easier for you to make the change, you will also have more time to do your research and find vegetarian recipes and foods that you like. Treat it less like an exercise in deprivation and more like an exciting new chapter in your life when you can experiment with new flavours and foodstuffs you would not have bothered with when you were busy filling your plate with fillets.

Here are some vegan staples to keep on your shopping list:

If you are into long-distance training, you are unlikely to be counting your calories too closely, but a high carbohydrate diet will probably suit you. Fortunately, vegetarian and vegan diets tend to be high in carbs.

Can You Improve Your Performance with a Plant-Based Diet?

Some people claim that they cut huge chunks off their PBs whey they stop eating meat, but that could be because they may have lost weight because animal products tend to be higher in fat. A plant-based diet is likely to boost your metabolism because of its high levels of healthy carbs and fibre and low levels of fat.

Exercise also puts a lot of oxidative stress on the body, and plant-based diets are rich in antioxidants such as vitamin C, vitamin E, and beta carotene. Veg like onion and garlic are also good antioxidants.

It is not written in stone that a vegetarian or vegan diet is always healthier than a meat-based one, but it is easier to make healthier choices when you don’t consume meat. When beef burgers are not an option, you might be less likely to stop by McDonald’s on the way home. That greasy fry is not as attractive when you take the rashers, sausages, and pudding off the plate.

Whether or not you decide to go meat-free in 2020, I think it’s time to accept that eating a vegetarian or vegan diet and intense exercise can go hand in hand.

Are you thinking of switching to a plant-based diet this year? We’d love to hear how you get on!