Duathlon vs. Triathlon? Try Both 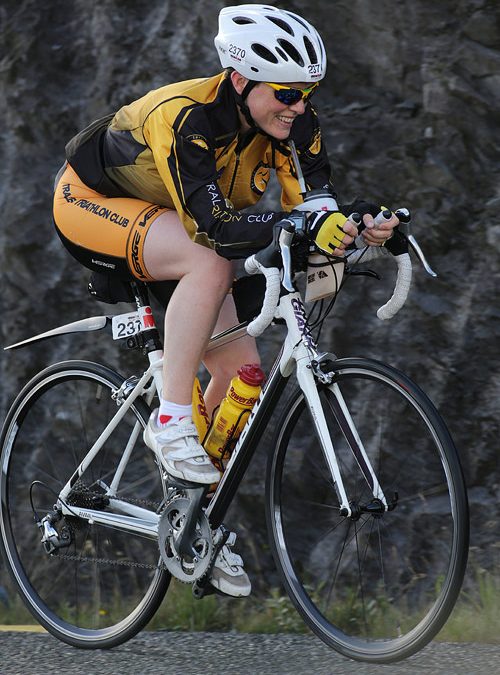 Wondering how to launch your triathlon season this year? How about a duathlon? Before you scoff “I’m a triathlete! I don’t do duathlons,” you should know that a duathlon can be a great introduction to a long season of racing. And it certainly is not an easy option. In fact, swapping a swim for a run actually makes a duathlon a good deal tougher than a tri. The Hardman Duathlon is a standard duathlon distance—10km run, 40km bike, 5km run—and you can finish that final 5km feeling pretty wobbly if you haven’t done the training.

Here’s How to Duathlon the Right Way

Making the leap from triathlon to duathlon? Follow our tips to make your first duathlon a fun start to the season:

The secret to good duathlon training is fitting in a brick session once or twice a fortnight. Choose run to bike, bike to run, or run to bike to run. The last option is the best training to simulate an actual duathlon and makes you better at transitions. You don’t even have to do them outdoors if weather or circumstances don’t permit. You can use a turbo trainer or stationary bike and a treadmill if necessary.

If your legs are aching after a few days of hard training, don’t take a break: Build your strength for the second run by doing your quality runs then. When it comes to the actual race, you can expect to feel the pain fade as you focus on form and rhythm. You might still hurt, but so will everybody else.

Don’t Go Out Too Fast

Whether it’s a sprint or a standard-distance duathlon, it’ll feel like a marathon if you start too fast. If you want to prevent jelly legs on the second run, go on one-hour training rides on the bike and speed up for the last ten minutes to get yourself ready for race pace. Then make sure your running shoes are lined up for a 5-minute race-pace run.

Prepare for the second run while you’re still on the bike. Your back and hips will often protest on the second run, so give them a boost by loosening them at the end of the bike and getting out of the saddle.

A tri suit might not be necessary, but tri shorts are a good idea. Remember too that duathlons are generally in the offseason or at the start of the season, so the weather can be nippy. That means you could get quite warm on the first run, cool down fast on the bike, and heat up again on the second run. Deal with these temperature fluctuations with arm warmers and a cycling jersey over a tri-top with gloves that you can keep in the back pocket when you don’t need them. You could even have a second pair of runners and socks in T2 if it’s a wet day.

The long bike section is a good opportunity to fuel up or hydrate. Then you will be ready to really push yourself on the second run and smash the finish.

Want to get your season off to the best possible start? Sign up for the Hardman Duathlon today!